Not a fan of Conan’s, myself, nor of Genghis Khan (shudder). But I do appreciate quotable phrases, so I may be forgiven for using this one for my own – completely unrelated – drabble. Here it comes. I just saw a picture of a former colleague on LinkedIn, where advertising people tend to gather. When I last saw him, he was a dashingly handsome dude in his twenties, smart, ambitious, sweet and a bit naive. I liked him. I was pretty certain he’d end up with one of the creative shops in London or New York, or Brazil for that matter.

Now, sixteen years later, I stumble across this black and white headshot – and I get the saddest vibe from it. He still looks handsome, and he certainly appears to be successful. He’s an executive now as he should be, he’s with one of the good German ad agencies, and he’s obviously had himself a career. But he looks so much older in that pic than he really is! I’m not going to presume he’s unhappy – I have no way of knowing that. But in that pic, he looks tired, wary, and his hair is pepper-and-salty. He’s not smiling.

What made me feel bad for him was probably all in my own head. My first reaction was anger. I thought, look, the agencies have taken away his best years. Leaving him with what, I have no idea. For all I know, he was just posing for the camera after a night out on the town, putting on his successful ad executive face, and laughing his pretty butt off about it afterwards.

But it did make me wonder what I would be like and look like today, had I not gotten outta there 15 years back. I can’t help but feel I escaped from this weird cult – dramatic much, I know. But I’m so glad that my grey hair comes from nights worrying about sick children rather than from pulling all those all-nighters for yet another pitch presentation, and another, and another. I still have to pull my own half-nighters (I don’t really have all-nighters in me anymore, at 47) when I have a deadline. Dependability’s good for my street cred, and I’m proud to say that I have yet to blow a deadline. You learn that in advertising: a deadline’s a deadline, no matter how you get there. But deciding myself when I get to do what makes all the difference to me. I’m a very lucky woman. Amen!

Leaving you today with a few pictures of completely unrelated lovely seasonal things: 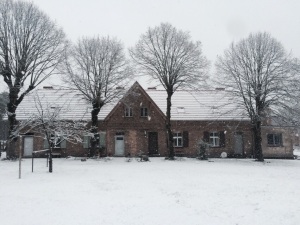 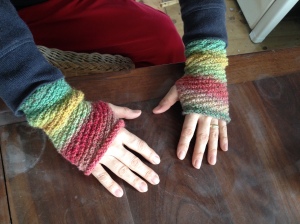